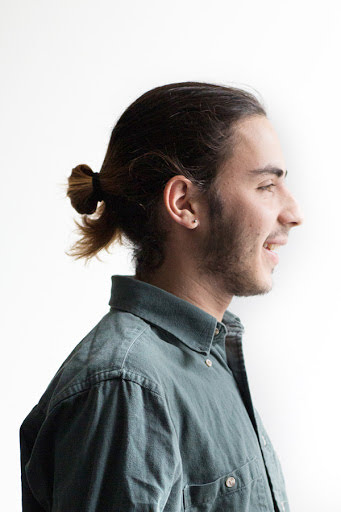 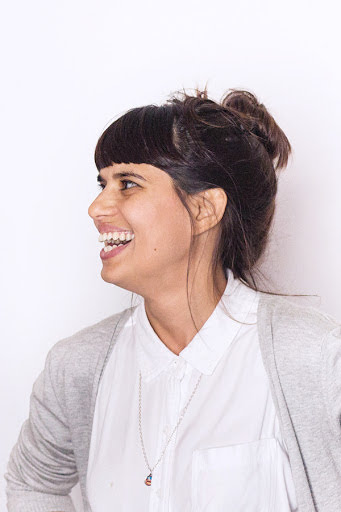 A conversation with Paula and Pedro

Pedro One reason I love this place is that you come here as a freshman and there’s a guy who’s like “Yeah, I’m going to be an architect,” and then he takes these classes and he’s like, “Wow, no. I’ve thought so much about this. I’m not an architect. I’m a painter.” Or people who want to do industrial design end up doing sculpture because...or people who thought they were fine artists maybe find that their thinking is more structured and that they want to do furniture.

Paula That’s what I think is interesting—everyone has to go through the same experience no matter what your intentions in life are. If you’re going to be a designer or you’re going to be a glassblower, it doesn’t matter. To me, the power of the first year is that moment to question, to pause. I know it’s not really a pause because you’re super busy—but it could be. How do you even know you’re an artist without questioning the fact that you’re going to be an artist? People take it for granted sometimes.

Pedro Yeah, I think Foundation year is the time to maybe admit that you were wrong about some things and do things that you’ve never done before. It’s fun to try stuff. Maybe something explodes or something breaks...I’m pretty bad at making. So admitting that I have a failure in craftsmanship, but maybe someone else has a failure in being more conceptual in their projects or just letting go, I don’t know...this is a good place for both of us to be. It’s definitely a place to challenge the notion I’ve always had that I’m not good at making. Like, why can’t I draw a perfect portrait? I really want to do a perfect portrait because it’s something formal and I feel like if I’m going to be at RISD I want to get it right. It takes a lot to draw a face 40 times, to see that it sucks—but pursuing it makes you a stronger artist, for sure.

Paula How do you identify now, not being the only artist—because here everyone is artistic? I mean, how do you start to think of yourself differently?

Pedro Well, in the time of “millennials” everybody can be creative. A lot of people are against that idea, but I love it. I love that now everyone has a voice, which maybe diminishes other voices...but if you think that it’s important for you and for the people surrounding you, going to art school is a good risk to take.

Paula I mean, this is the interesting thing—you don’t need a degree to be an artist.

Pedro Right. I don’t think you do.

Paula Exactly, so why do you go to art school? I think there are a lot of very interesting answers. I’d go to art school because I’d be exposed to certain things, I would have access...no one has a shop in their house, you know? But in terms of the human resources and—

Pedro Yeah, it's the people and the resources and I think history is pretty important...

Paula What do you mean? Art history, for example?

Pedro By learning history you’re empowered to make stuff that is actually...you put your work into a larger conversation, you’re not just involved by yourself. And then you’re also here, you’re involved, you’re finding these people and you’re talking to them. Sometimes it feels business-like, but it’s also very, like, “Hey, I want to know what you’re doing. I want to know what’s up. I want to work here.” And this is the place for it. There are very cool people here.

Pedro It's only my first year and I’ve met people who I think have changed my work a lot. Teachers and students.

Paula That’s so good, already in your first year. It should be like that, you know? You meet people who are not just in Foundation, right?

Pedro Yeah, but you have to work for it. You live with other Foundation students at the Quad, and you go to classes and take Liberal Arts with people in Foundation year. So you kind of have to go to a senior show and be like, “Hey, what’s up?” which is scary to anyone, but it’s part of the experience. And then that prepares you to have more conversations—

Pedro I felt ready and I wanted to have them. Or maybe I wasn’t ready, but I just decided.

Paula That's a good attitude. You're never going to be 100%—it's all about taking risks here.

Pedro And you know what? People at RISD, including me, can sometimes be full of themselves—but they’re ready to talk about it, which is great. I think that it’s great.